The Super Eagles of Nigeria were expecting a goal or two but were not going to win against the El Tri side of Mexico, not after the dilly dally, second-guessing and abandonment by their coach.

It’s almost history that the home based Super Eagles were defeated 4-0 early Sunday morning 4th July 2021, in their international friendly against Mexico at the 77,500- capacity LA Coliseum, as if to say the foreign based players would have done something different.

Two quick goals in the first half were able to destabilize an Eagle’s side that had not played together before now and two more in the second half saw Nigeria’s winless run in friendly games extended into eight games. 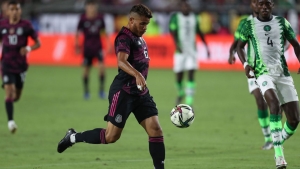 Nigeria’s last win in a friendly match was in March 2019 when they beat Egypt 1-0 with a first-minute goal by Paul Onuachu. Looking back to that match, the Super Eagles managed to score just one goal, courtesy Paul Onuachu, a player who seems to be forever criticized by most fans in Nigeria.

Coach Gernot Rohr had before the game put up attitudes and body languages that were clear indications that he didn’t want anything to do with these boys and even the match. Was he right to have said so in a non-verbal and verbal communication? Did he refuse to coach these boys because he knew what the result would be?

Well truth is the gaffer has always avoided these boys because he has little or no idea what street football is all about in Nigeria. Street football is what has brought various superstars to their respected clubs in Nigeria and even abroad. Gernot Rohr has a liking for Awaziem. But how did “Smally” as he was fondly called in Saint Murumba College and the city of Jos, Plateau state start? He started off from the street and kept on with secondary school competitions. Ahmed Musa who has proven to be an untouchable in the Super Eagles team A, Rohr has so proudly called his team, also came up through the ranks in street football.

Have you ever wondered why Nigerian superstars always comeback home during the summer transfer period, and even play with youngsters in the street? They know where they come from, and know that everyone deserves an opportunity. Osimhen, Chukwueze did not just find themselves in Napoli and Villareal respectively, they had to go through street football and even made sure they had people with love and passion around, to support them. 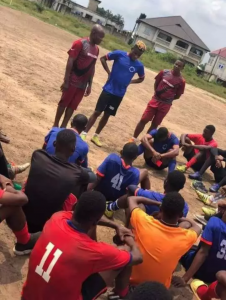 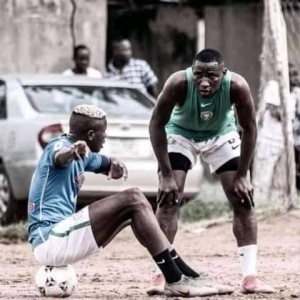 The German tactician has refused to help the home-based players, treating them like a lost cause or people who cannot learn. If the likes of Oghenekaro Etebo and Kelechi Iheanacho were treated that way, we wouldn’t have such exciting players playing abroad and even representing the Super Eagles of Nigeria. Gernot Rohr must show love and passion in his job. He needs to do away with “racism” and accept all as his players.

Perhaps he has started the journey to showing love and accepting the Super Eagles players both home and abroad, as his responsibility. But this was due to the public display of dissatisfaction by the minister of sports, Sunday Dare.

When Dare made a visit to the team camp on Tuesday, 29th June 2021 in Abuja ahead of the forthcoming international friendly game against Mexico, he didn’t mince words as he was bold enough to call out the coach of Nigeria’s Super Eagles, as should have been done long before now. Dare was first of all unhappy with the absence of the German tactician from the team’s training camp, and then stated that the NFF needs to call him to order so as to end the discrimination among our players.

Someone finally has the balls to call the German tactician to order as Dare was quoted saying “I just found out that he has traveled ahead, but I think it’s important that we’ll tell the NFF; The NFF needs to call Gernot Rohr to order because we cannot have a technical coach who will discriminate among our players. They are football players and they have talents you cannot discriminate against. His attitude towards Home-based players is unacceptable, it is negative to our football development in this country and I call on the NFF to call him to order, I call on the NFF to hold him by the content, by the letter of his contract. But beyond that, he needs to shut up and do the work for which he was hired to do, he talks too much.” 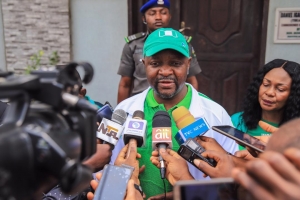 Apparently, this call ‘them as one sees them’, was the reason why Gernot Rohr coached these boys in a game he never wanted to be in charge of. Sadly, the call came in very late, and has presented a result that makes Gernot free from all upbraid.

The Franco-German told PUNCH correspondent that he only played an advisory and supervisory role to the home-based team, the Super Eagles B, adding that NFF Technical Director, Austin Eguavoen, was in charge of the team for the Mexico clash. “My team is the A-team. I am supervising and monitoring the CHAN players,” Rohr added.

While a part of the nation feels very comfortable with the loss, others are in disbelief and a larger part of the fans are calling for the head of Gernot Rohr and also reechoing the words of Sunday Dare, that Rohr should not be discriminative towards CHAN players as talents abound in the local league.

Others are calling on the NFF to hold Rohr by his contract and constantly remind him of the fact that he signed to watch NPFL matches, just as he does European leagues, to win the 2021 AFCON, reside in Nigeria. By so doing, he can understand players he has to coach and even take charge rather than supervise and advise the Technical Director to do his job for him, while Rohr receives 5 million naira per month, doing ‘nothing’.