Members willing to participate in the presidential primary election of the All Progressives Congress (APC) are to pay N100 million for the nomination and expression of interest forms.

Similarly, the nomination and expression of interest forms for those seeking the party’s ticket to contest the governorship election in their respective states cost N50 million.

APC National Publicity Secretary, Felix Morgan, announced this on Wednesday at a briefing with reporters in Abuja.

Ahead of the party’s primary and general elections, several chieftains of the ruling party, including aides to President Muhammadu Buhari and serving governors, have indicated their interest to succeed him when his tenure ends in 2023. 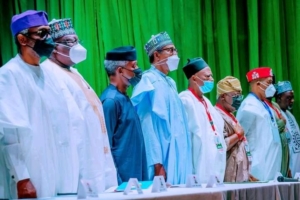 Apart from the official declaration, all aspirants will now have to pay N100 million to secure a spot at the primary to elect the flagbearer of the APC later in May.

Before the briefing by the party’s spokesman, President Buhari presided over an extraordinary emergency meeting of the APC National Executive Committee.

Among those present were Professor Osinbajo, President of the Senate, Ahmad Lawan; Speaker of the House of Representatives, Femi Gbajabiamila; and Governor Fayemi of Ekiti, among other party leaders. 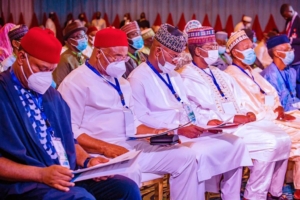 In preparation for the election, the NEC resolved to vest its powers on the National Working Committee (NWC) of the party for the next 90 days. The resolution followed a motion moved by Senator Lawan and seconded by Speaker Gbajabiamila.

Before the decision was taken, APC National Chairman, Senator Abdullahi Adamu, began by informing members that the NWC has begun the process of uniting aggrieved members and discussing the coming elections. 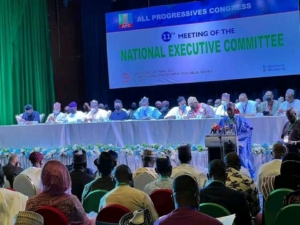 He encouraged them to uphold exemplary behaviours, saying the party’s underlying problem was a crisis fuelled by ego.

Adamu lamented that ego has widened the gap between the former and serving governors while the party is made to suffer.

According to him, there is no reason for the competition, and it is important for serving governors to work in harmonious and mutual respect with their predecessors, some of whom are now senators.

The national chairman promised that the NWC would deliver, particularly with a united front, and urged members to desist from using the media to settle grievances. 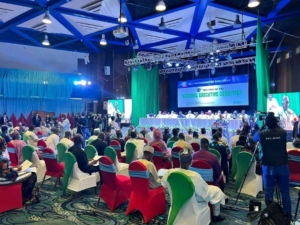