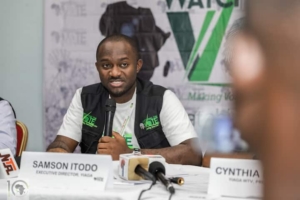 The two major political parties are already raking in hundreds of millions from the sale of the forms at all levels.
The amount fixed by the political parties have caused outrage from Nigerians, including civil society groups.
Yiaga Africa has expressed concerns over the high cost of nomination forms being charged by political parties in preparation for the 2023 general elections.
Tags: Nottooyoungtorun, Samson Itodo, YIAGA AFRICA