Singer and record label boss, Olubankole Wellington, popularly known by his stage name, Banky W, has revealed that he was unhappy when his protégé, megastar Wizkid, was not at his wedding. 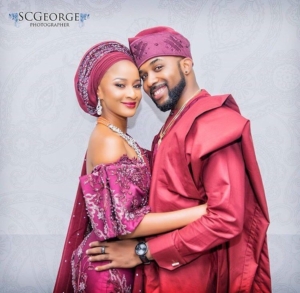 Banky W made the revelation in a radio interview.

He was asked by the presenter, Ebuka, if he was disappointed that Wizkid didn’t attend his wedding.

In his reply, Banky W said he was and he is very sure that Wizkid must have tried to attend.

But he observed that “one music festival was going on in Dubai at the time and that might have been the reason why Big Wiz (as he his called now) did not attend.”

Hours after the interview, Wizkid replied with “LOL”.