Commissioner of Police in the state Ari Muhammed Ali in a press statement that was made available to newsmen, declared that there is no “sit at home order either by the proscribed Indigenous People of Biafra(IPOB) or any other faceless individual or individuals”. 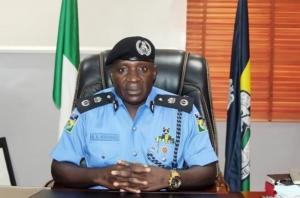 This declaration is coming on the heels of a message by faceless individuals that Asaba residents are warned to observe the ‘Sit At home order’ as declared by the proscribed IPOB.

While urging residents to go about their lawful businesses, the Police Commissioner assured residents of their safety.

He promised that the Command is willing and able to deal decisively with anyone or group of persons who try to cause trouble in the state.