Borno State Governor, Babagana Zulum, on Thursday, said he has received offers to become the running mate of some key presidential aspirants and ultimately become Nigeria’s Vice President in 2023.

He, however, said he rejected the offers to complete the works he started in the North-East state. 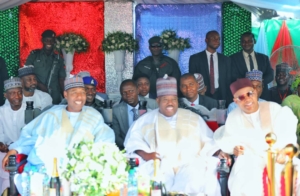 Zulum stated this when he was announced as the winner of the All Progressives Congress governorship primaries ahead of the forthcoming general elections in 2023.

In his acceptance speech, the governor thanked the delegates for endorsing him and assured them that he would work to tackle security challenges in the state and pursue the development of the state. 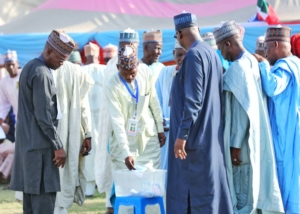 Zulum, 52, was elected governor of Borno State in the 2019 general elections. Prior to becoming governor, he was the Commissioner for Reconstruction, Rehabilitation and Resettlement in the state. He held the position from 2015 to 2018.