The President, Major General Muhammadu Buhari (retd.), has ruled out any notion of him seeking a third term in office.

Buhari said this during a meeting with the British Prime Minister, Boris Johnson, on the sideline of the 26th Commonwealth Heads of Government Meeting in Kigali, Rwanda, on Thursday. 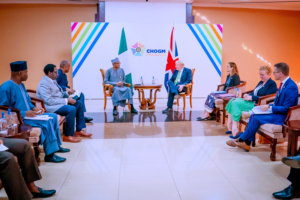 Apparently unaware of the two-term limit for Nigerian presidents, Johnson had asked Buhari if he would be seeking another term in office.

Buhari’s response according to presidential media aide, Tolu Ogunlesi, was, “Another term for me? No! The first person who tried it didn’t end very well.” 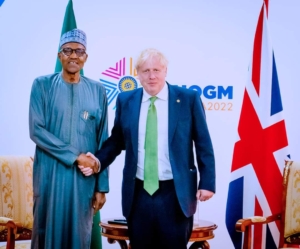 A third term was mooted during the presidency of Olusegun Obasanjo and it failed.