Skip to content
February 4, 2023
The Plateau state executive Council at its meeting of Thursday, 23rd June 2022, approved a draft bill for the creation of Plateau State Drugs and Medical Commodities Management Agency, which will be sent to the state’s House of Assembly for necessary legislative action. 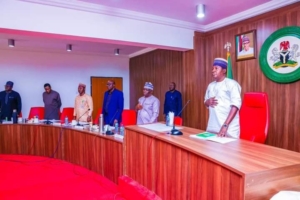 Briefing newsmen after the Council Meeting presided over by Governor Simon Lalong at the Council Chambers of the New Government House Little Rayfield Jos, Commissioner for Works Pam Bot-Mang explained that the decision was taken following the presentation of the draft bill to the council by the Ministry of Health. 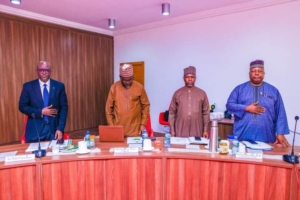 He said the Government believes that the new Agency will resolve the issues of fake drugs, out-of-stoke syndrome in public and private hospitals and also guarantee access at the grassroots.
Tags: Lalong, Little Rayfield, Plateau State