Presidential candidate of the All Progressives Congress in the 2023 election, Bola Ahmed Tinubu, on Tuesday described Labour party as a mushroom group.

He made the comment while campaigning for Governor Adegboyega Oyetola at a mega rally in Osogbo. 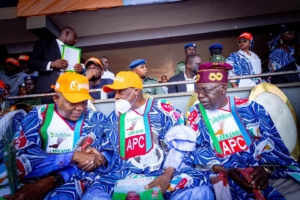 Oyetola is seeking a second term of four years in Saturday’s governorship election in Osun state.

“PDP and mushroom parties. Like Labour party. They say they are labour, they will labour till death,” Tinubu said in Yoruba. 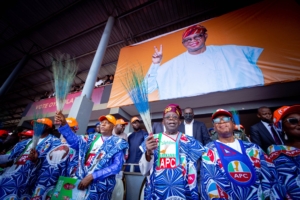 “God will not let you become labourers,” he told the crowd of supporters. “You will meet good fortune at home. The good fortune of money, children. You are next.” 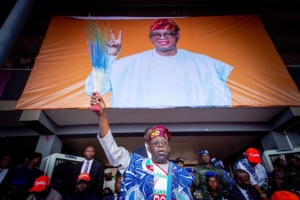